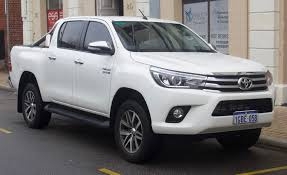 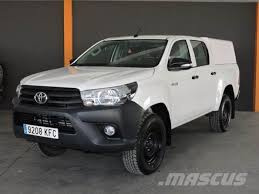 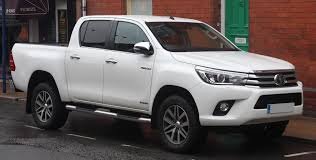 The Toyota Hilux (Japanese: ??????????, Toyota Hairakkusu) (stylized as HiLux and historically as Hi-Lux) is a series of light commercial vehicles produced and marketed by the Japanese automobile manufacturer Toyota. The majority of these vehicles were sold as pickup truck or cab chassis variants, although they could be configured in a variety of body styles. The pickup truck was sold with the HiLux name in most markets, but in North America, the Hilux name was retired in 1976 in favor of Truck, Pickup Truck, or Compact Truck. In North America, the popular option package, the SR5 (Sport Rally 5-Speed), was colloquially used as a model name for the truck, even though the option package was also used on other Toyota models, like the 1972 to 1979 Corolla. In 1984, the Toyota Trekker, the camper version of the Hilux, was renamed the 4Runner in Venezuela, Australia and North America, and the Hilux Surf in Japan. In 1995, Toyota introduced a new pickup model, the Tacoma, in North America, thus discontinuing the Hilux/Pickup. The 4Runner is now a full SUV, and the more recent models of the Hilux are separate in appearance from the Tacoma. 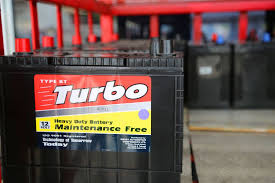 
Send a message
See other listings from this user